Mandela Day is not meant as a public holiday, but as a day to honour the values and the legacy of Nelson Mandela through volunteering and community service. Mandela is South Africa’s former and first black President after the apartheid era. He is fondly referred to as ‘Tata Madiba’. Mandela Day is a global call to action that celebrates the noble idea that each individual has the power to transform the world and the ability to make an impact. The Mandela Day aims to inspire individuals to take action to help and change the world for the better and build a global movement for good.

The Mandela Day campaign message is: “Nelson Mandela has fought for social justice for 67 years. We are asking you to start with 67 minutes.” This global call for action to all citizens is made to commit 67 minutes to community volunteerism to progress humanity. The 67 minutes StarSaver™ to teach children to save South Africa lesson being delivered by the volunteer bankers and financial sector professionals is a reflection and alignment to the Mandela Day messaging which is anchored on bringing together people around the world to fight poverty, promote peace and reconciliation. Volunteerism imbibes the spirit of generosity, so we urge everyone to ultimately ”Make Every Day a Mandela Day”

“Education is the most powerful weapon which you can use to change the world.”
- Nelson Mandela 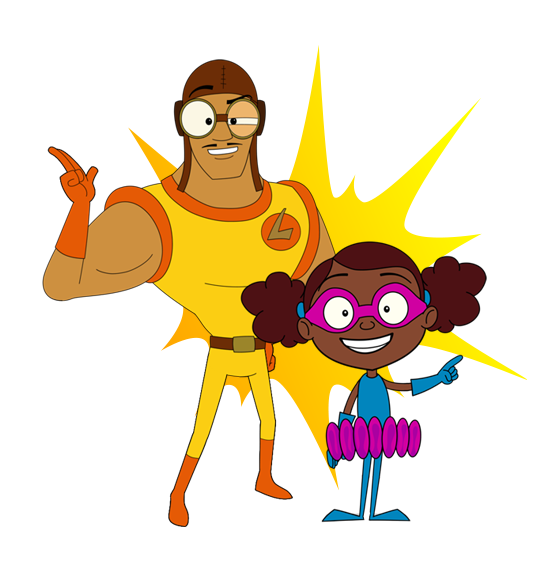 Join the fun on Social Media!

Leapman and Budget Girl are just a couple of regular SUPERHEROES! Defeating villains through their quick thinking and savvy financial practices. Follow their stories on our social media channels as the take on the bad guys!